The Smartest Way To Squat To Save Your Spine 1. The Box Squat is one hell of a teaching tool to perfect a hip dominant pattern. But the increased spinal compression that is exaggerated due to the force of the box makes this squat variation notoriously tough on the lower back, causing aches, pains and injuries at the lumbar spine and SI joint.

2. Don’t ditch the Box Squat quite yet. By using a Zercher style setup we can negate the unwanted compressional forces through the lower spine while also maximizing engagement at the core for greater functional transference.

4. If you want to improve speed and sports performance, the Box Squat needs to become a staple in your programming. Here’s exactly how to coach and program variations to stay healthy, get strong and become a more resilient athlete.

The Power of The Box

The Box Squat has plenty of applications for healthier movement and performance in everyday life and sport. Half squat variations in particular have been shown to increase power and speed, and the Box Squat is a great “half-squat” variation.

And don’t forget, they can also help to cement more functional movement patterns in the everyday average joe because they are essentially a “training prep” exercise. This means they are an effective tool for making your weight training more successful.

The Box Squat will expose inability to maintain postural integrity when going from a seated (hips flexed) to a standing (hips extended) position, and vice versa. As such, they help to cement the difference in the interplay between the hip, lumbar, and thoracic extensors. This means that the Box Squat may even have applications for jumping and landing.

What does this all mean? Simply put, the Box Squat can be a great tool to use in both performance and rehabilitative contexts. But like any tool it can be used for better or for worse, and there are some concerns with the Box Squat which run the risk of the latter.

The Problem With The Traditional Box Squat

The most glaring issue with the box squat is that use of a box exacerbates one of the challenges that the traditional back squat already provides: a lot of axial compression on the spine.

Not only are you dealing with a load atop the shoulders, providing a compression force from the top down, but you must deal with the box which provides an equal force from the bottom up. This can make the back-loaded Box Squat hard to justify using with jumping/landing and contact-sport athletes (even in their off-season); many youth athletes; and hyper-mobile individuals because of the ligamentous nature of the sacro-iliac (SI) joint.

The Box Squat is great for teaching, but also has some glaring issues. -Alex Nurse

But as mentioned above, the Box Squat can also be a powerful teaching tool, and as such still holds a lot of value. An effective way to deal with the added compression it brings is to use a more orthopedically-friendly position for the barbell. To save the SI joint and intervertebral discs from getting squeezed to death, and to augment the Box Squat’s applications for movement health and athletic performance, load the squat with a Zercher style setup.

Why Front Loads Are The Perfect Fit For Box Squatting

Holding load in the front of the body eliminates much of the top-down compression that occurs with the bar on the shoulder. Holding the bar in front of the body also makes the squat environment a safer place for the individual to make mistakes for a number of reasons:

The Zercher: A Passive Form of Reactive Neuromuscular Training (RNT)

With a more ventral loading strategy you have a decreased mechanical advantage. If looked at like a lever, the load is located further from the fulcrum and your center of mass. This ignites the core with what Mike Boyle so eloquently coins as a “flexion force” acting on the body.

This flexion force provides a passive form of RNT (Reactive Neuromuscular Training- any movement strategy which corrects discomfort, pain, or dysfunction by actively trying to force a dysfunction by pulling a joint or a pattern into a mistake).

As many know, the use of RNT can be a very effective strategy for establishing better proprioception and positional mobility during training. In this instance, there are two dysfunctions being thrown into the movement. This is the forward pull on the trunk/lumbar spine (forcing it into extension), and the downward pull on the thoracic spine (forcing it into flexion).

Although these forces also exist during the back squat, the difference is that with the bar in front we are being pulled ventrally into these mistakes, instead of being pushed axially. This “pulling” is safer for decreasing the effects of compression, torque, and shearing.

In the first instance where we have a pull on the trunk, the anterior core and transversus abdominia (TVA) is lit ablaze and we harness the spinal stabilizers (erectors, multifidi, capitis’, etc.) in a pro-postural or pro-positional (“athletic stance”) way.

As regards to the pull on the thoracic spine, the Zercher works to drop the elbows towards the floor so that the thoracic extensors can “lag” when placed on stretch. This challenges the positional mobility and stability of the scapulae. Keep the elbows up and slightly away from the body. This repositioning further increases the lever (similar to a slide-board/see-saw plank) and cranks on the obliques and anterior core even more. All of this will engrain healthy thoracic mechanics into your regular squat pattern and help save the spine.

The single-most unique challenge that the box provides, is the need to overcome the inertia of starting and restarting the movement with minimal eccentric assistance. This challenge presents us with the temptation to sway the torso, using the momentum to swing forward. This is only overcome by cementing the neurological cue of driving the feet into the floor and pushing ourselves straight up into a stand.

This cue will change the way your athletes move. When the command sent to the nervous system is to “push the feet into the ground” and not simply just, “lift this off the floor,” the hip extensor group (versus the knee or trunk extensor group) will always turn on first and dominate the majority of the movement. Because they are engaged more efficiently, the very noticeable carry-over to performance will be increased explosiveness.

In movement and sport, the ground is the wellspring from which is drawn our stability, our strength, and our power. Everything we train from med-ball throws, to lifts, jumps, and deceleration is all about improving how much force we can place into the ground and using the energy returned to us to achieve our athletic goal.

Finally, the Box Squat is best used as a concentric exercise. The box provides a great opportunity to perform a concentric-focused repetition. This does a couple of things. One is that it now gives a loaded squat similar functional benefit to the deadlift- static and dynamic hip stability and the ability to use the floor to powerfully overcome inertia.

The other is that if training for power, these skills can be used dynamically to perform both a concentric jump from the box position and to practice deceleration in landing. Better yet, both of these things are done while in a position akin to the “athletic stance.”

Contraindications for the Box Squat

For most people it just doesn’t seem be a natural position from which to develop single-leg strength and stability. There a few reasons for this, but the main is probably that the single-leg Box Squat begins with too much hip flexion. It seems that the body prefers to have the opposite hip extended or, if flexed, not too far flexed from neutral when performing single leg work. Also, trying to load a single-leg Box Squat can turn the thing into a nightmare from Elm street.

To solve these problems, I think the best way to use the Box Squat to train for this quality is to sit on the edge and place the hip of the non-working leg into extension, as demonstrated. I find that this takes a lot of the compensatory needs and urges out of the single-leg Box Squat.

The Boylian approach to developing useful single-leg strength is the best out there.-Alex Nurse

Still, I must contend that I think there are more efficient ways to coach and progress single-leg strength. The opportunity the box provides to train single-leg strength in a solely concentric fashion is still not usually worth the unnecessary challenge of performing one without an ugly compensation. I believe that that Boylian (I hope I’m the first to coin this phrase) approach to developing useful single-leg strength is the best one out there.

Aside from one progression that I find to be an effective stepping-stone and have highlighted below, it goes something like this:

There are of course times when a Zercher type load may not be appropriate. Always remember that rules and guidelines for training are written in grey- not black and white. This would be with individuals who have upper traps that are sore and hypertonic; or for those who have lateral epicondylitis (tennis elbow) or biceps tendon irritability and might have discomfort holding the bar in the elbow.

Since this is going to be a novel variation of training for many athletes and coaches out there, I’ve added in two key coaching cues that have done wonders for my athletes. Check them out below and don’t be afraid to use them together!

#1 Keep Your Toes Up

For those athletes and patients who just love to use their front-line for everything and have a very difficult time maintaining a neutral or posterior weight shift during a squat or lift (think knee, tibia, and heel displacing slightly forward), have them lift their toes up. Not the whole front of the foot- just the toes.

Lifting the toes up is a great trick for helping to activate the back-line of the body. Most importantly, it inhibits the toes and gastroc from taking work away from the glutes. It is also helpful for a symptom that is commonly found with those who tend to shift their weight anteriorly: over pronation.

Lifting the toes (especially the big toe) will help to restore the natural arch and rigidity of the foot by tautening the fascia. This essentially activates the Windlass Mechanism, correcting pronation. Use this cue to help individuals to understand what it feels like to use the hip extensor as the primary mover.

#2 Use a Soft Landing

Keep Box Squats decelerative in nature by cueing a soft landing on the box instead of a hard drop.

Remember, all tools can be used for good or for ill, and nearly every tool is good for something. Find ways to adjust parameters like levers and positioning to make your tools as safe and efficient as possible while still maintaining their inherent reward(s). 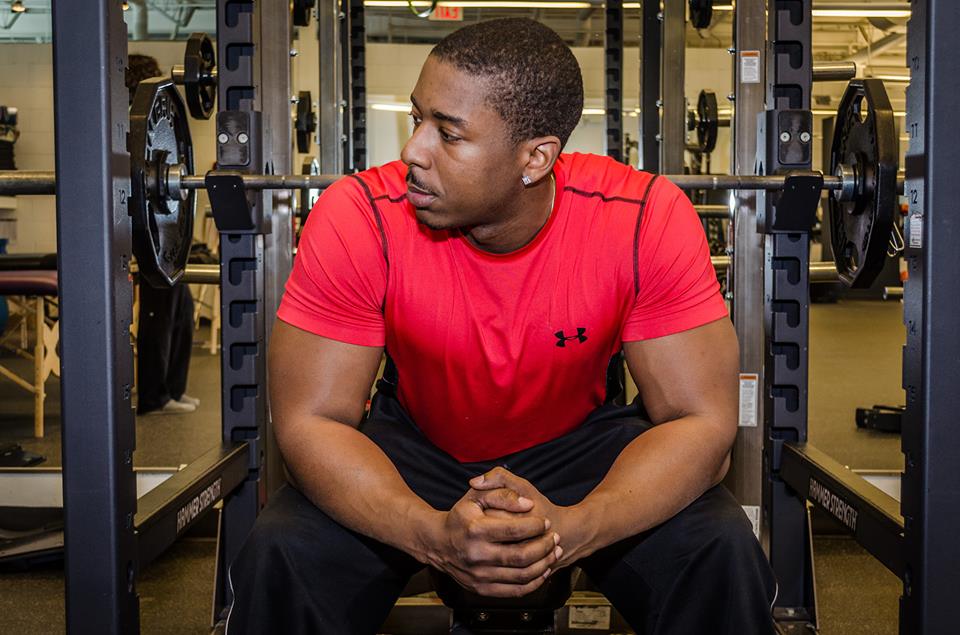 Alexander Nurse Bey is a Sports Performance coach and the co-owner of AXIS Performance + Training, a training facility located in Scarborough, Ontario. He continues to share his ideas and systems for encouraging athlete vigor and high performance as a speaker and writer. You can contact him on his website at beyperformance.com