The last reason for following an Instagram booty chick is to learn something about strength training. It’s just really hard to take people seriously when they’re parading around 95% naked on social media. And that goes for men and women.

Who are Instagram booty chicks? If you use this platform, you’ll know what I’m talking about. These particular Instagram users do everything in an effort to emphasize their backside. They go to great lengths, wearing the precise clothing and doing the precise exercises videoed from the precise angles, to get as many eyes on their butts as possible.

But what if all those semi-bare asses could actually teach us something about building muscle, staying healthy, and getting strong? Is it even possible?

Well, if you’re going to follow them at all, then maybe it’s about time to stop gawking and start learning a thing or two about their glute building methods. And yes, I’m dead-ass serious.

The Primary and Secondary Actions of The Glutes

Though the three distinct muscles have differing isolated actions based on biomechanical origin and insertion points, this region functions in synergy with each individual muscle playing a larger role in global function.

The main action of the gluteus maximus is to extend the hip, but many times we forget about the secondary and tertiary actions of the glute max and the assistance that the smaller, deeper medius and minimus muscles assist in:

To activate the glutes and elicit the desired training response, all four gluteal actions must be targeted and trained to some extent. Neglecting any of these actions leaves strength and growth potential on the table, while increasing likelihood of compensatory patterns, joint stress, and risk of injury in the process.

Based on hip anthropometrics, body typing, movement skill and past history, each set of glutes is unique, which makes the need to optimal activation highly individualized. What we do know is that doing as many gluteal actions as possible is ideal, no matter the individual variances of biomechanics or neural drive.

Here’s how to intelligently train the glutes while tapping into all unique actions of this region.

Thanks to the work of glute-training expert, Dr. Bret Contreras, we’ve finally started to adopt the idea of challenging the glutes more directly under significant strength and hypertrophy-based loading parameters.

Putting aside any biased opinion regarding the hip thrust’s direct transference into power sport, this movement and its derivatives continue to be one of the safest and most effective ways to challenge the glutei directly with plenty of external loading.

As Bret says, “Loaded bridges and thrusts are among the most popular and successful movements for the posterior chain due to their inherent safety, low coordination and equipment requirements, constant tension on the hips, and highest levels of gluteal activation elicited during the concentric portion of the movement.”

Those with the most technically sound (and usually the strongest) hip thrusts all have a commonality in their execution: they use maximal torque and stability output at the hip rotating into slight external rotation and abduction.

When hip contraption is optimized, the pelvis can better maintain it’s mostly neutral position, making the properly executed hip thrust a four-out-of-four on targeting all muscular actions of this region. It’s one of the best bang for your buck booty exercises out there.

The highest yielding glute isolation movement is the hip thrust, so why do we see so many booty chicks flocking to the Stairmaster, shackled down with elastic bands around their knees, to build their glutes? Aside from being far more easy than moving iron, the banded hip work more directly targets the abduction action of the glutes.

But instead of discounting the banded hip abduction variations due to the constant hilarity that ensues daily among the booty chick population, let’s learn from it.

The main problem with the banded Stairmaster training is the non-adherence to proper loading parameters for tissue adaptation, in addition to not properly utilizing the power of dynamic hip abduction.

If you plan on hip extending against the band on the Stairmaster for abhor a day, chances are that’s going to be one light-ass band. Loading with a heavier band around the knees but also around the ankles can elicit stronger and more authentic contraction qualities and hit a relative fatigue level in the glutes that doesn’t take thousands of steps to get there.

Focus on heavy banded multi-angled lateral walks instead. Or if you really want to go old school rehabilitation with your booty building, the traditional side-lying or seated banded clam with fine-tuned band tension is also a proven way to better isolate the gluteus medius along with the maximus. It’ll induce hypertrophy and metabolic stress.

Training hip external rotation dynamically in isolation is extremely hard, if not impossible. This is the main difference between primary actions and secondary actions in terms of practical trainability.

For a majority of lifters, the inability to conceptualize a huge point A to B type movement usually leaves them simply omitting this important secondary action from training. Case in point, external rotation at the hip.

Utilizing a pre-tensioning and slight external rotation at the hip before more compound-based movements like squats, deadlifts, and hip thrusts can be hugely advantageous in terms of targeting and building good movement patterning. The stronger and more stabile we can biomechanically position our hips, pelvis, and core, the stronger the neural drive will be with minimal force leakage under loading.

The most effective movement I picked up from Dr. Contreras that pre-rotates the hip with perfection is the frog pump. Here’s what he says about it:

“Out of all glute bridge stances (wide, narrow, narrow abducted, and frog), frog pumps lead to the highest level of glute activity. This is due to the inherent abducted position, which has been shown to increase glute activity independently during hip extension. But not everyone will feel the frog pump highly activating their glutes. Around one-third of individuals will prefer normal or wide-stance bridges. This is probably due to individual differences in hip anatomy and gluteal architecture.”

Even though this movement involves loading a dumbbell directly over your pubic area, the results speak for themselves. Test it out.

The last action of the glutes is the posterior pelvic tilt, also known as the anti-Instagram booty position. It’s a tucked tailbone position and is more about posturing rather than dynamic action.

To maximize muscular trainability, we must first position for biomechanical success, then wire the neural dynamics of the movement pattern to increase neural drive, activation patterns, and the ability to fatigue the targeted musculature without overly compensating with non-contractile structures like the joints.

Simply put, activation of the glutes through the other muscular actions are dependent on first having a strong and stable pelvic base to work from. This is the foundation, and it can’t be faked.

The coveted Instagram ass shot incorporates terminal amounts of anterior pelvic tilt. While this may serve its role to generate likes on social media, many Instagram booty chicks don’t stop at just pictures in this pelvic posture. Pictures turn into videos, videos turn into workouts, and before you know it the highly dysfunctional APT position is their new normal that’s damn hard to break away from.

It’s no wonder why duck-faced booty chicks are struggling to stay healthy while strength training and end up resorting to fluffy banded BS, pink dumbbells, and endless cardio. While there are certainly some things to learn from their interesting glute training methods, there’s far more info to knowingly forget as quickly as possible… once you stop staring. 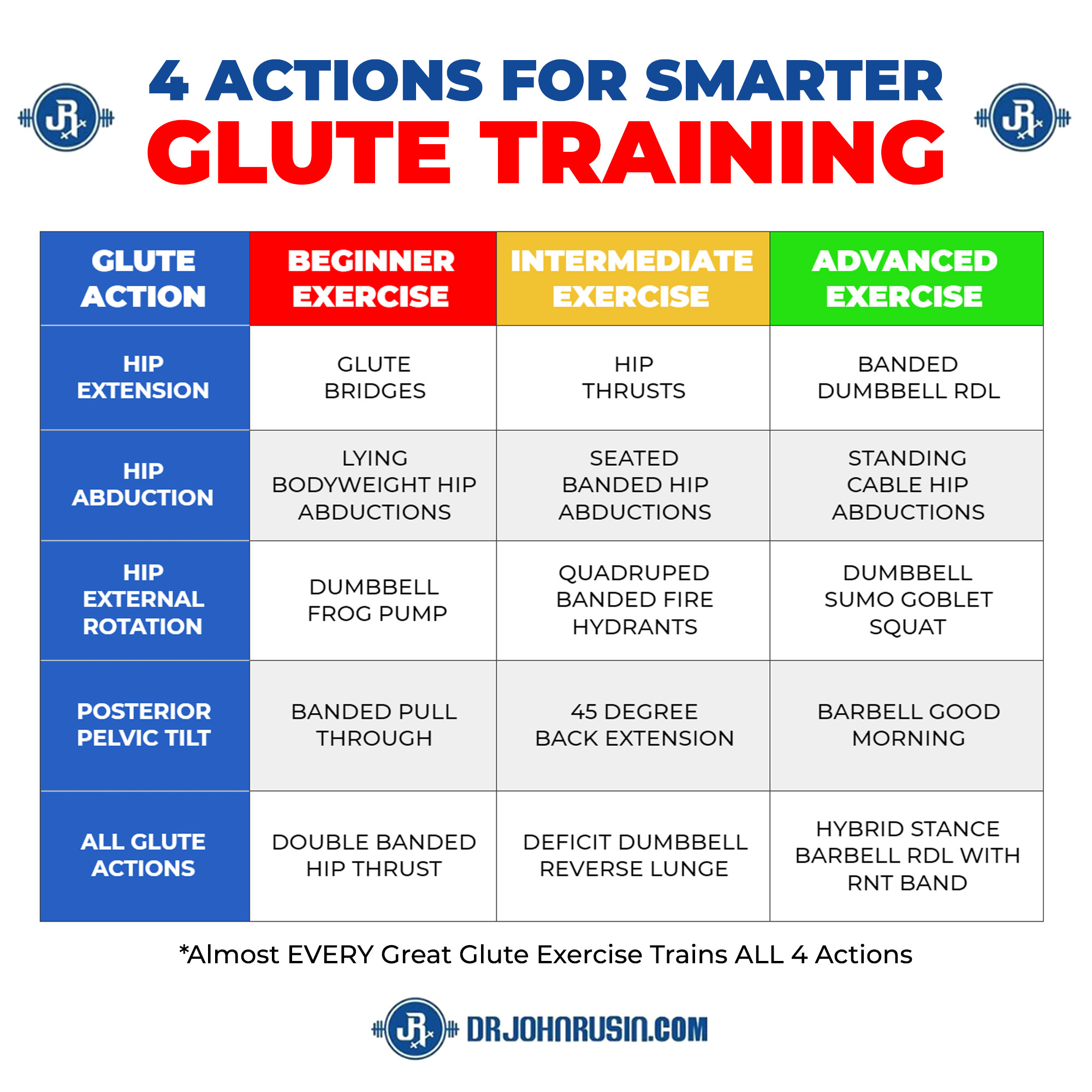 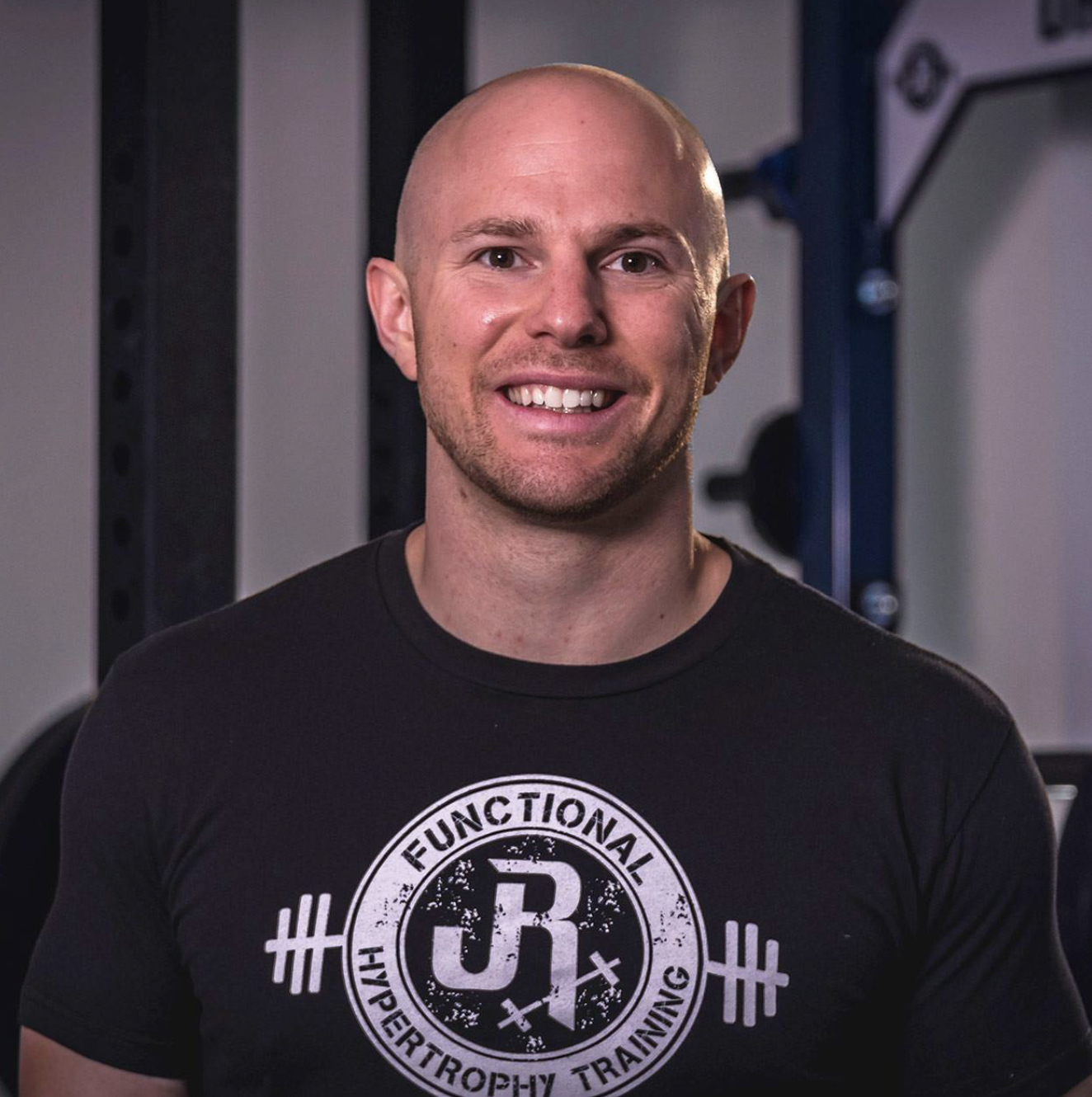 Dr. John Rusin is a sports performance specialist and injury prevention expert that has coached some of the world’s most elite athletes, barbell sport competitors, and over 10,000 clients from all walks of life with his innovative pain-free performance programs and systems, which has gained him the reputation as the go-to industry expert for rebuilding after pain, injuries or plateaus. Dr. Rusin is also the founder of the Pain-Free Performance Specialist Certification (PPSC) that has certified over 7,500 personal trainers, strength coaches and rehab pros from across the globe in the pain-free performance training system since 2019.